Elio is so much more than a web developer. He’s a believer in the power of Web 3.0 and in the prosperity it can bring to everyone. At age 22, he is focused on building Into The Verse, a game on Celo mainnet, while exploring and learning all things crypto.

A gem filled with potential, we believe, with a story worth to be heard👇.

At 22-years-old, Elio Jordan Lopes is on the brink of graduating from his Computer Science & Engineering degree at Vellore Institute of Technology, India, but has already become co-founder & CEO of Into the Verse, a GameFi Metaverse on Celo. Young tech founders are not uncommon but, zooming out, Elio’s story comes across as pretty impressive, especially if we consider that the project didn’t exist almost a year ago.

Born and raised in Goa, India, Elio has always been an avid learner and became interested in crypto since his third year of college. In the end of 2020 he grabbed the opportunity to participate in a hackathon as a “learning experience”. The event introduced blockchain to the young Goan student and from joining his first crypto hackathon to build his own Play2Earn game was just a matter of time. Thereafter, he was a recipient of the Celo India Fellowship along with nine other students in the country, followed by graduating from the Celo Camp web3 accelerator, which proved to be a turning point.

What really resonated with Elio, who has been playing video games since his childhood, was the possibility of building something where its rewards could be usable in the real world. “With blockchain you end up with ownership and gaming actually becomes an activity that can provide prosperity”, Elio explains when asked what sparked his interest and motivated him to build the project from scratch.

In just a few months, Elio took Into the Verse to other hackathons and also to new heights, closing the project’s first funding and entering a new stage of product and business development - the team is planning to do the first NFT presale by the second quarter of 2022.

Elio rapidly saw himself in the middle of two very focus-demanding goals: the first, to complete his Engineering studies and, the second, to build Into The Verse as the first GameFi Metaverse on Celo. But he also manages to keep on pursuing other interests such as becoming an expert on Social Tokens, learning about what crypto cross-border payments can do for bankless people or even improving his Portuguese.

Through Talent Protocol, Elio aims not only to financially support his venture in the Metaverse but also connect with like-minded people and receive mentorship throughout. “What I like about the Web3 space is the collective synergy that exists. I’m hoping to connect with a lot more people and be able to provide them great perks along the way”, he adds.

Believe us when we say that this is just the starting point for him: a Master’s degree abroad and the launch of several other crypto games in the near-future are also some of his long-term goals. 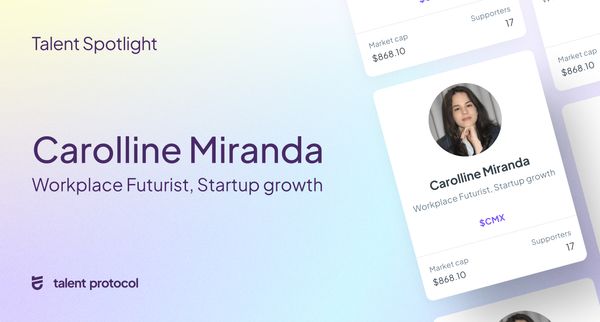 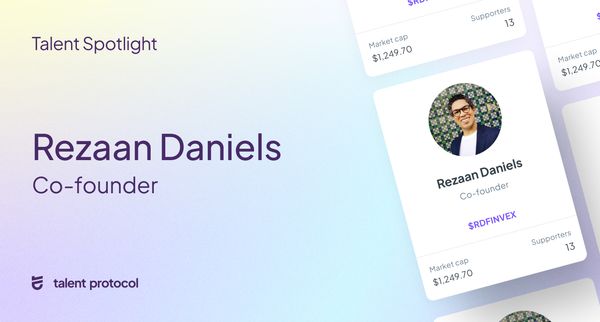